Irvine- Marilyn Margaret Anne Irvine (nee Slater), aged 90 years, passed away peacefully at home in Sarnia, Ontario, on Saturday, August 20, 2022.  Marilyn was born in Hamilton, Ontario, on January 20, 1932, and lived in Steeltown for fifty-five years, first in the shadows of Civic Stadium cheering on the Tiger-Cats with her parents Leslie and Gladys Slater and sister Diane McChesney (Ron) and later, on the “Mountain” where she lived in the same home for 34 years. Gracious and kind, she will be dearly missed by all, especially her family.  She was the beloved wife of the late Bruce Irvine for 66 years and mother of Steve (Pam) and Nancy.  A loving grandmother to Adam (Jennifer), Lisa (Matthew), Jake, and Rhiannon.  She adored her great grandchildren Lily, Reid, Evianna, and Adeyln. A graduate of Delta Collegiate in 1951, Marilyn’s first teaching job was as a junior teacher at Beechgrove School in Freelton – a two room rural school that had a pot belly stove in the middle of the class and a student that would regularly bring her peanut butter and pickle sandwiches.  She enjoyed a long teaching career that continued in the Hamilton Public system until 1972. Marilyn went on to a second career doing research in the Psychiatry Dept. at McMaster University under Dr. Sandra Witelson, a world-renowned neuroscientist best known for her analysis of specimens of Albert Einstein’s brain, as well as exploring anatomic and functional differences regarding male and female brains, handedness, and sexual orientation.  In 1989, she and Bruce moved to Corunna, Ontario, where she was the long-time President of the Hon. Bryan L. Cathcart IODE, was a member of the Corunna United Church, and was Secretary of their UCW for many years.  She was a current member of Errol Egremont IODE.  She also enjoyed living at Bluewater Country in Sarnia for the past eight years. A massive sports fan from childhood, Marilyn loved the Tiger Cats, Maple Leafs, and Blue Jays.  She enjoyed the highs, but also supported her teams through their many lows.  There were countless road trips over the years, in the beginning by train to various ball parks with her father, and later, with her family all piled into a station wagon heading off for a weekend of games. In later years, she particularly enjoyed jigsaw puzzles, knitting, sewing, painting, cooking, as well as reading historical novels.  She was fortunate to be well travelled, enjoying yearly trips to many destinations.  The family genealogist, Marilyn worked on the family tree for over 60 years and wrote several books for her family to read. Cremation has taken place and a graveside service will be held in Hamilton at a later date.  In lieu of flowers, sympathy may be expressed through memorial donations to the Corunna United Church or the Jays Care Foundation. Arrangements have been entrusted to Knight Funeral Home, 588 St. Clair Parkway, Corunna.  Messages and condolences may be left online at www.knightfuneralhome.ca. 519-862-2845 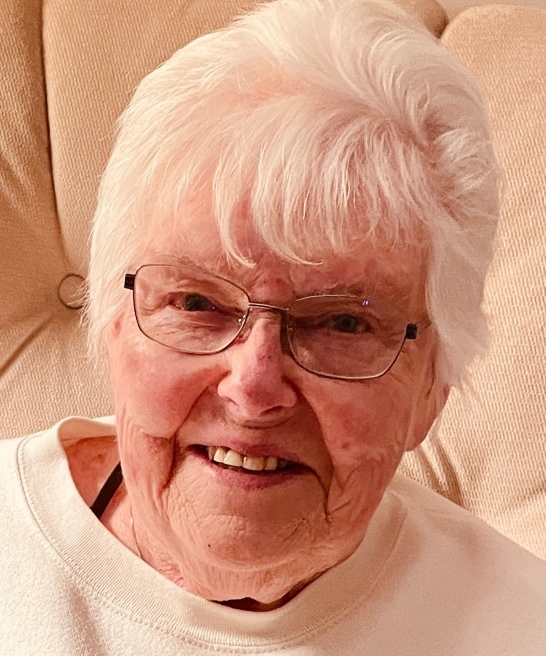 There will be no formal visitation at this time.

A graveside service will be held at a later date.